This is my emergency travel kit.

Some days, you have to leave the house on short notice, and you’re going to stay somewhere overnight, because there is a game jam in the city, or you’re going to the ER, or an earthquake rocks your continental shelf. Other days, you have to take a flight to Europe that ends up taking 3 days, during which all you have is your carry-on luggage. For those days, I have this kit. It’s ready-packed in my bathroom, and I can grab it and just go, or drop it in my carry-on bag, and my worst-case experience just got so much better. An inventory, from left to right, top to bottom::

The key is size. The whole ensemble fits into a pocket of my hoodie, because every item in there is tiny, and is probably only good for one-time use. The idea isn’t to replace my usual toiletry kit, but to tide me over an unexpected day when I can’t get at it, because my luggage got lost, my bags are in the bowels of the plane, or I didn’t actually plan to stay a night. Many of the items are scrounged from hotels, or bought as a result of a specific inconvenience.

Do you have an emergency kit like this? Did I forget something? What are your essential travel items? 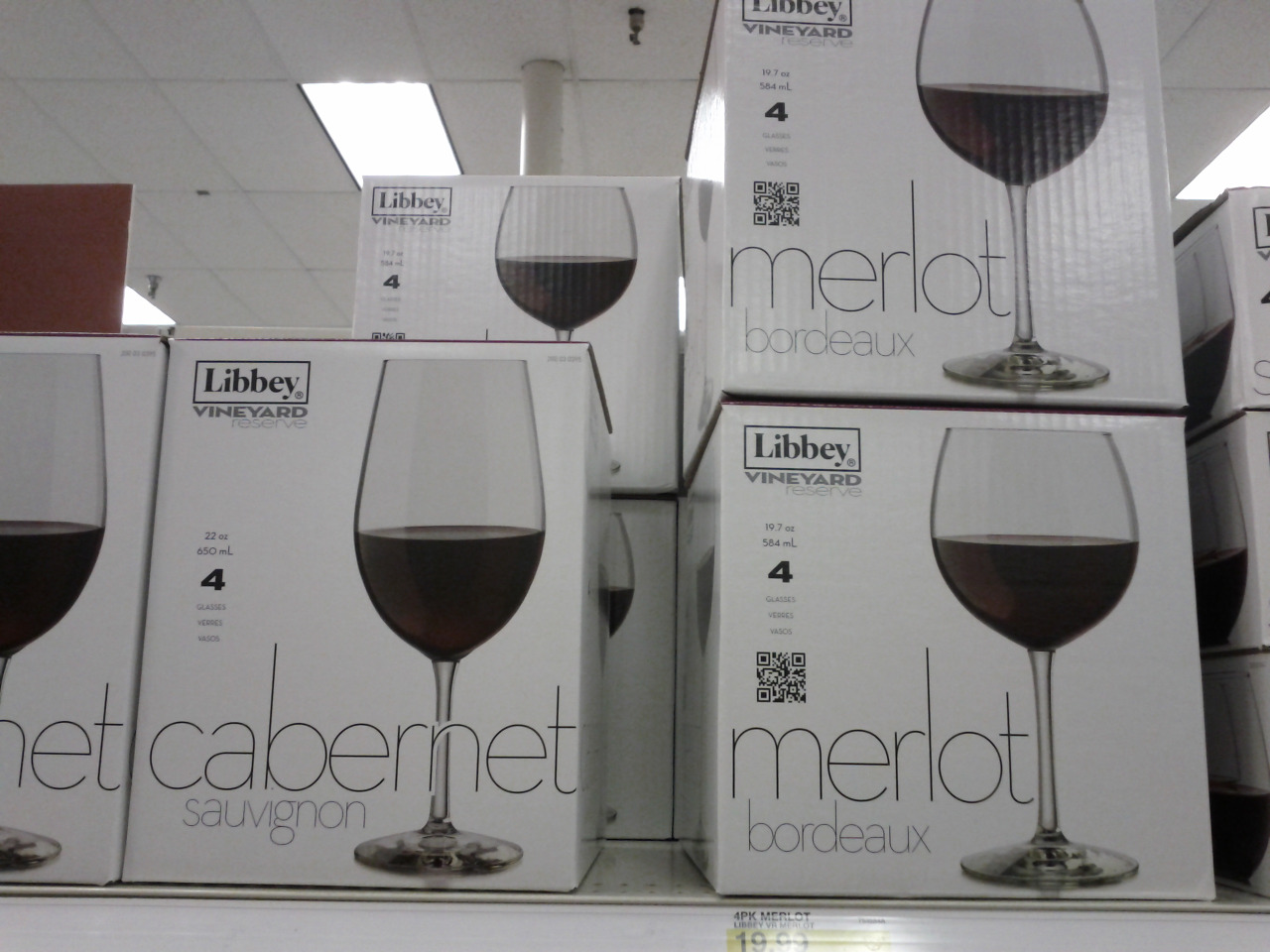 Target was all out of two-buck-chuck glasses, so we had to buy the all-purpose ones. They also didn’t stock any for Malbec or Chablis. 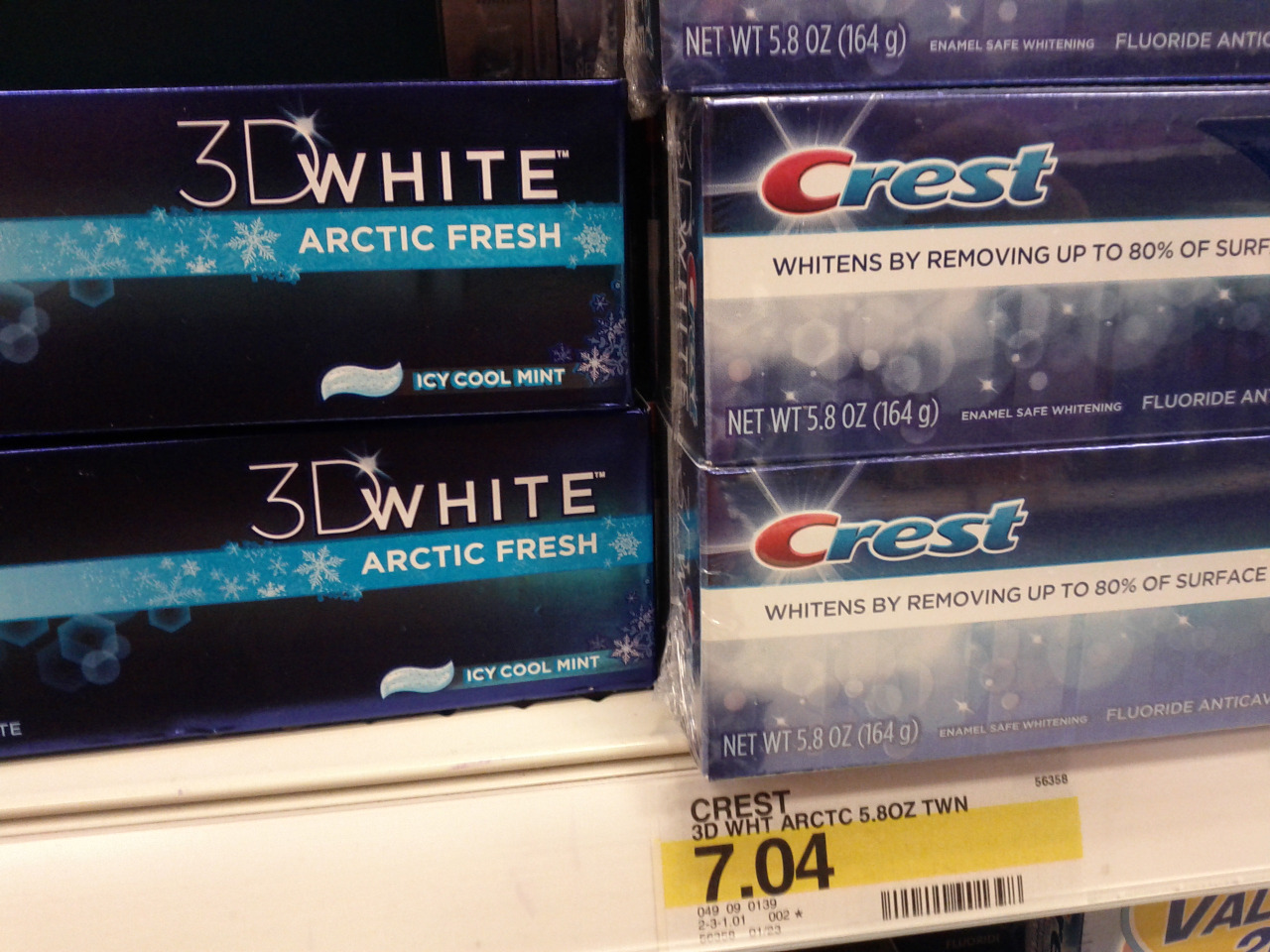 What is this even supposed to mean? Did some product strategist decide that 3D was a word that has no actual meaning, like ultra and organic and fresh? That it’s a feel-good term that you can put on anything, like TVs and sunglasses and toothpaste? No, Mr. Marketing Man. I am not buying this. I’m buying an arctic fresh toaster instead.

I set up a second Wi-Fi AP in our house, because the signal from the first one doesn’t reach my bedroom, and my Nexus S phone and the new Nexus 7 tablet need internet to make me happy. This was fraught with problems.

My AP is a disused 2wire HG27-1HG-B DSL router from the time I had AT&T internet at my old place. I plug it into the wall, disable DHCP and DNS to make it behave as a bridge and play nice with our existing network router. My netbook gets good quality internet from it. I toy with the idea of using the same SSID and password for both APs, and letting devices switch between them based on signal strength. That works for the netbook.

Alas, not so for the Android devices: They pair with the extremely weak signal of the first AP downstairs and refuse to talk to the 2wire AP at all. So for testing, I swap a letter to give it a slightly different name, and now I see that the phone and tablet are endlessly trying to connect, getting a connection for a fraction of a second, then starting over.

Now, this is very odd, because in my old home, the phone has been talking to this AP all the time, when it was still my DSL router for AT&T. I switch to WEP encryption, and suddenly, the androids can connect! We can’t have WEP encryption, though, so something is rotten and I need to find out what it is. I switch back to WPA2-PSK, and the old problem comes back. Then I decide to use the same SSID and password that I used at my old apartment, and voila, the androids connect with WPA2-PSK. What is this sorcery? Why is the name or passphrase of my SSID a factor in this at all?

Current situation is that we have two SSIDs in our house, and my mobile devices know both of them, but I have to manually switch to the strongest one based on which floor of the house I am on. This is by no means ideal, I tell you. I may have to convince my roommate that we must use a persian poem as the shared SSID for our network.

Last Sunday saw another installment of our popular children hackathon at the Tech Museum in San Jose. We get a room full of middleschool students, pair them with hacker mentors, and let them play with all kinds of technology – programming, electronics, robots, that sort of fun stuff.

I had decided that I wanted to show them how to make flash games in Stencyl. It turned out to be a super popular station,I feel like I gave a lot of kids the gift of game-making to take home, and feedback was positive. Stencyl got mentioned as a highlight in quite a lot of our feedback forms.

What really worked was knowing the tool that I was teaching, and having a plan for how to introduce the kids to it. Stencyl is a game programming framework, but I figured out that “game” is the fun part of that, and “programming” is more of a necessary evil. Except it’s not immediately necessary: The secret sauce to my table was to use the pre-made example games in Stencyl (particularly the run-and-gun game and the angry birds clone), and use them as a basis for exploring the possibilities of Stencyl.

Very much like the Pong and Chess Javascript games I’d used earlier, this gives you a thing that already works: Starting with a single-level Angry Birds game gives you something you can play immediately, and because the kids have all played it on their phone, they know immediately that it is incomplete and have ideas on how it should be made better. And the first steps to making it better involve making content, not features: Everyone started building their own levels (the built-in physics are fun, that also helps), and eventually got to a point that needed a small bit of programming (transitioning from one level to the next), so by the time they got in touch with the scratch-like language, it was because they wanted to solve a very specific problem, and were already quite familiar with how the game was constructed.

This was totally a recipe for making my life easier, too: I had to install the game on their computer (bringing a USB stick saved my life), get them started with the game and show them the level editor, and they’d be self-sufficient for the next 30 minutes. I will probably run this station exactly the same way again next time. What didn’t work well was when the kids wanted to make their own art: The built-in image editor is not very good, didn’t work at all on Linux, and making game art takes a LOT of time during which you’re not really learning something about making games. I found it was best to steer away from that and make them recycle the existing assets in creative ways.

Almost all the kids at my table installed Stencyl on their own computers, and I feel positive that they’ll work on their game (pun intended) until the next HtF, because they clearly had fun. It was great that Stencyl works on Mac, Linux and Windows, because I had about equal amounts of each come to my table, and it would have been a shame to turn someone away.

Sore point that I want to improve: I didn’t get to show anyone how easy it is to embed the game they were making on a web page. I think that the ability to share their games with friends at school might encourage them even more to keep working on their project between events. Finding an easy way to share games is something I want to do before Hack the Future 7, which is going to be at the Computer History Museum in Mountain View on April 20.
Image ~ January 11, 2013 ~ Enno ~ Leave a comment 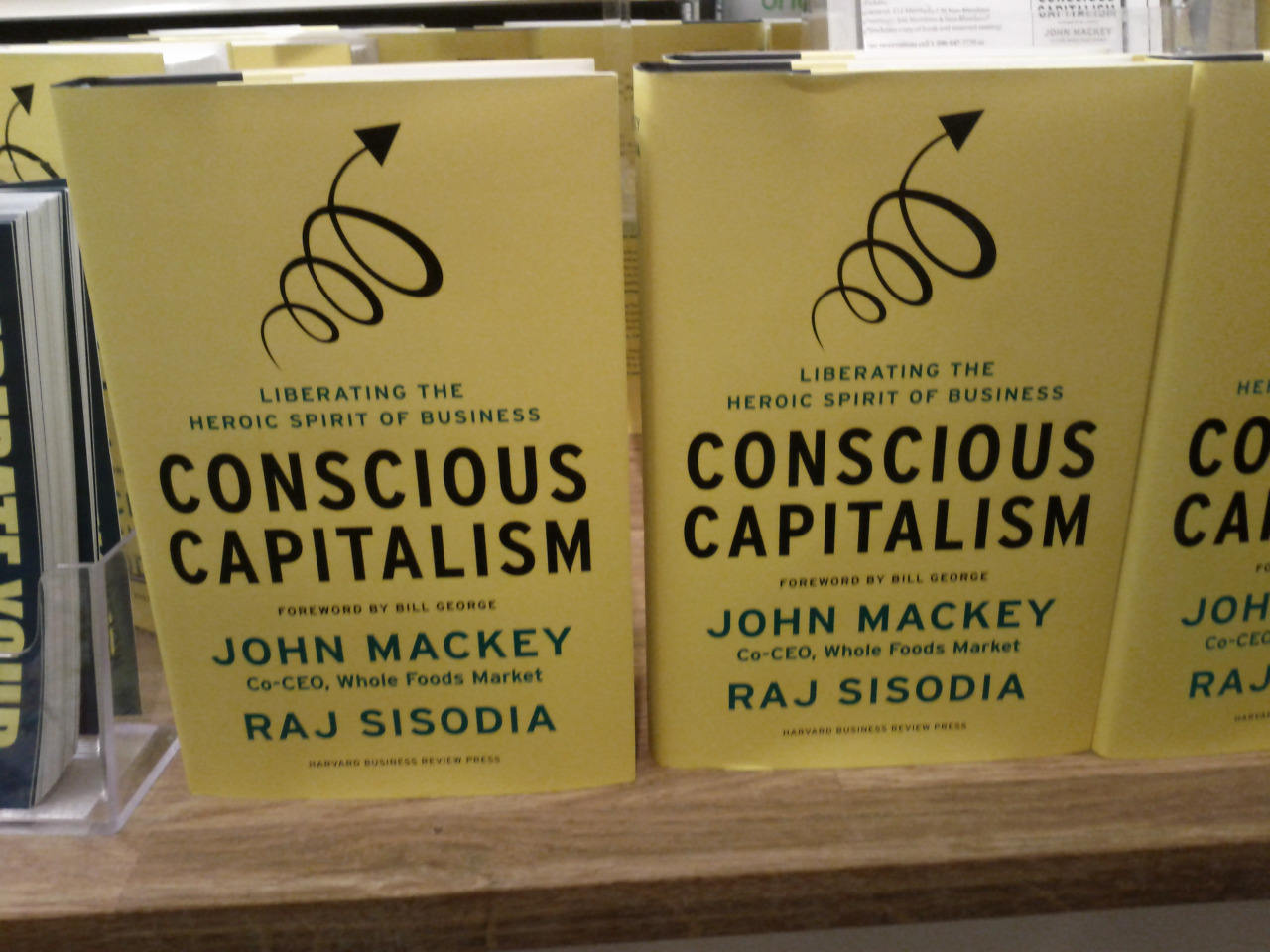 This is a book that’s sold at Whole Foods, a local grocery store with a thin veneer of green, organic lifestyle and ridiculous prices. To understand why people fall for this stuff is to understand the American marketing machine.